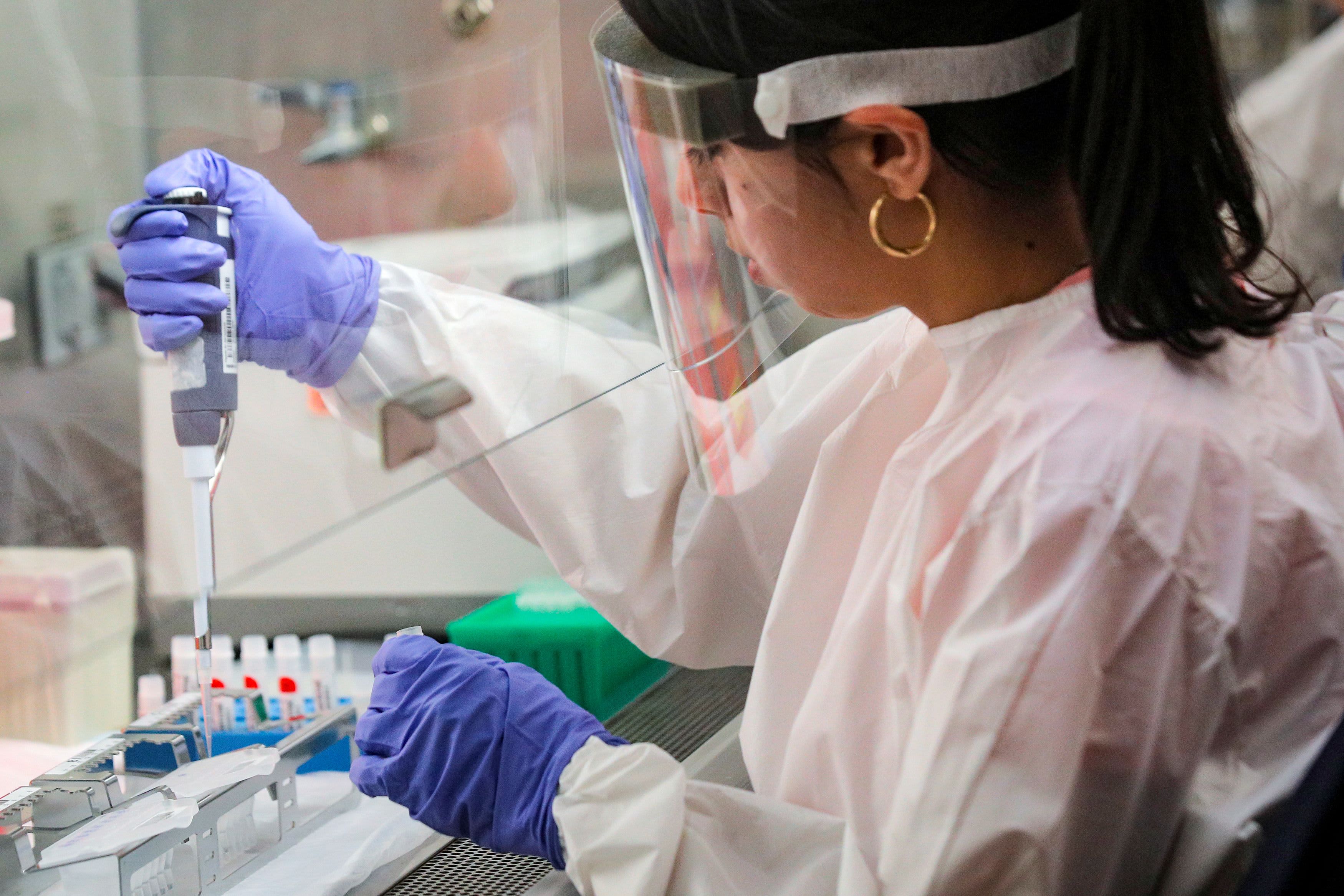 Scientists work in a lab testing COVID-19 samples at New York City’s health department, during the outbreak of the coronavirus disease (COVID-19) in New York, April 23, 2020.

Zucker said the state has run roughly 6,000 genome tests so far and has only found the strain that originated in the U.K. New York officials have identified 25 of those cases so far, including two new cases in Westchester County and one new case in Kings County, Cuomo said. None of those cases have resulted in fatalities, according to Zucker.

British Prime Minister Boris Johnson told reporters Friday there is “some evidence” the mutated strain could also be more deadly than the original one from Wuhan, China.

The Centers for Disease Control and Prevention has previously said there’s no evidence that any of the new variants are more lethal or cause more severe illness.

When asked about the potential of a higher degree of mortality associated with the U.K. strain, Zucker said he is in contact with the U.K. science advisor and that the evidence is still preliminary.

Cuomo said at the briefing he hopes President Joe Biden’s new administration will ramp up vaccine production and allow for increased vaccine distribution. New York has administered as least one dose of the vaccine to more than 975,000 people as of Thursday, according to the state’s vaccine tracker.

“The U.K. strain is spreading. We still are only at 60-70% vaccination rate of our hospital workers. This is a problem,” Cuomo said.

Dogs Can Sniff Out COVID-19 After Just One Week Of Training, Study Finds

Dr. Scott Gottlieb: ‘We don’t want to find out’ what happens if as many...