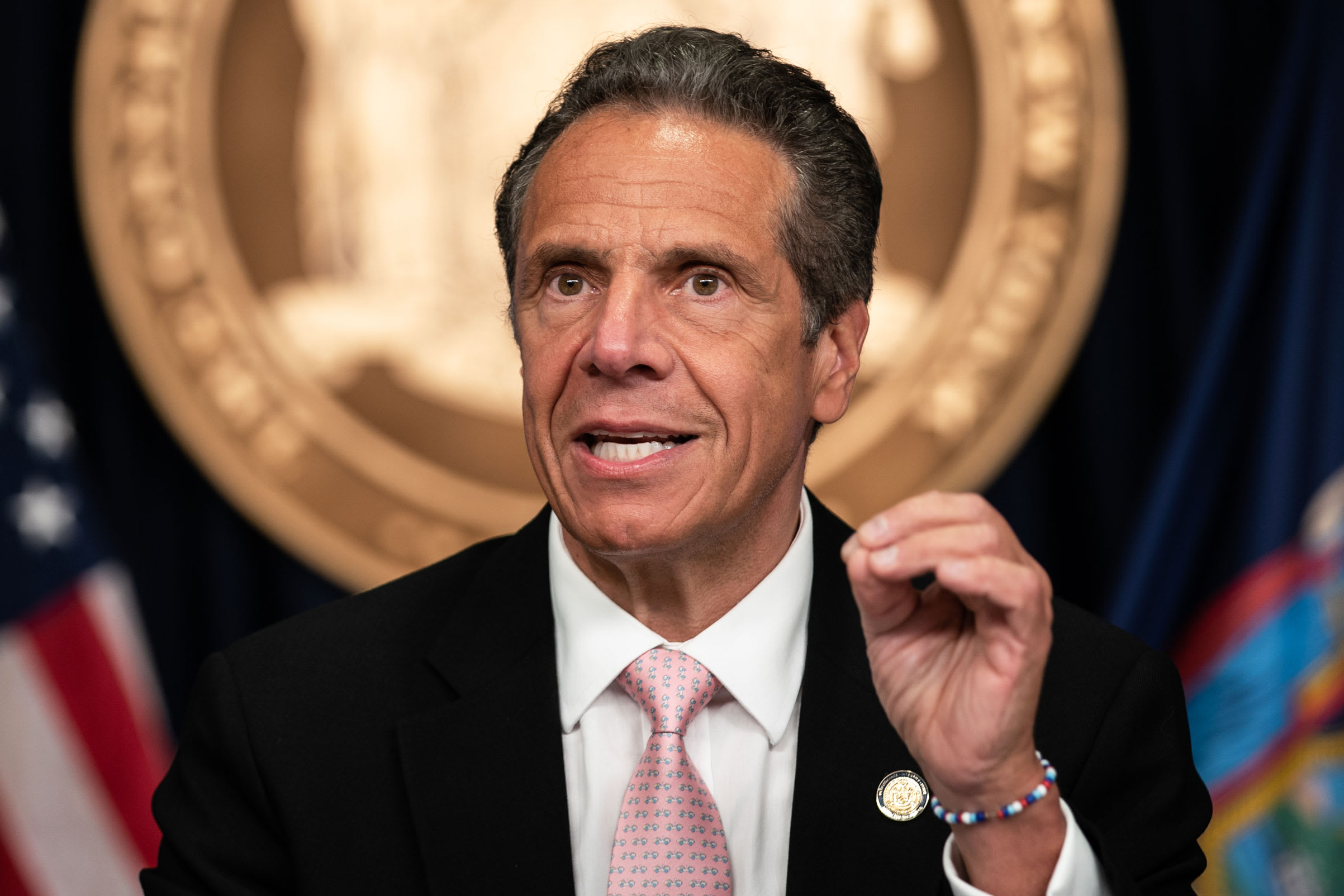 New York Gov. Andrew Cuomo speaks during the daily media briefing at the Office of the Governor of the State of New York on June 12, 2020 in New York City.

New York on Thursday launched a new app to trace coronavirus infections that alerts users when they’ve come into close contact with someone who tests positive for Covid-19, Gov. Andrew Cuomo announced.

The app is called “Covid Alert NY.” It’s free and available through Apple‘s App Store and Google Play for both iPhones and Android phones.

“We have about 15,000 people statewide who do contact tracing. We call them disease detectives. But we’ve been looking for a technology-based solution,” Cuomo said on a conference call with reporters. “The app will know where a person who tested positive was through their cell phone, and the app can tell you if you were within six feet of that person.”

Contact tracing is the process whereby trained personnel contact people who have tested positive for a virus, asks them to quarantine and contacts people who might have been exposed to the infectious individual. It’s one of the only proven strategies to help contain outbreaks, but it’s never been conducted on the scale demanded by the pandemic.

To quickly scale up contact tracing programs, some countries, including France, Germany, Ireland and South Korea have turned to mobile apps to supplement the effort. Such programs have found varying degrees of success in getting the public to adopt the system.

“Covid Alert NY does not track your location, your movement, or use GPS. It does not collect or store any personal information,” she said. “The app is completely anonymous. It uses Bluetooth technology to sense proximity to another phone with the same app, but not geographic location.”

Apple and Google call their Bluetooth-based system “exposure notification,” to draw a contrast with contact tracing. Apple-Google technology has been adopted by several states which have released apps, including Virginia, North Carolina, and Arizona. New York is the biggest state so far to release an app based on the Google-Apple technology, which was first announced this spring as workplaces and schools shut down in the early days of the coronavirus pandemic.

The more people that install the app, the more effective it will be because more phones will be looking out for the app’s Bluetooth signals. This means that adoption is crucial for these apps to be effective. A previous study suggested 60% adoption was needed. But in Virginia, the first state to release an app, only half a million people downloaded its app, or roughly 5% of its population in the first month it was available.

Apple and Google representatives presented research in September that if 15% of people install the app, in addition to contact tracing, exposure notification apps could reduce Covid-19 infections.

The app “doesn’t give any privacy information” and is voluntary, Cuomo said. He added that the app will roll out in New York, New Jersey, Pennsylvania, Delaware and Connecticut to work across state lines.

The roll out of the app comes as cases are ticking upward in New York state, driven by a number of hot spots. Cuomo said the state is investigating and marshaling resources to 20 ZIP codes where the percent of tests coming back positive continues to rise.

Google, Apple and Bloomberg Philanthropies, led by billionaire philanthropist and former mayor of New York City Mike Bloomberg, all contributed to the development and roll out of the app, Cuomo said. The governor announced in April that Bloomberg would help develop the program.

Larry Schwartz, a longtime advisor to Cuomo, helped lead the effort to develop and implement the app, Cuomo said. Schwartz said on the call that the app is “an enhancement to the traditional contact tracing” the state has been doing and is not a replacement.

He added that the app has been piloted on university campuses. The app cost about $700,000 to develop, he said, adding that it was paid for through a combination of federally allocated funds and support from Bloomberg Philanthropies.

The app is available in the top six languages spoken in New York, he said. New York’s app will also work across state lines to alert people who use similar apps from Delaware, New Jersey, and Pennsylvania.

Schwartz added that a team of data security experts have reviewed the app to protect the privacy of users.

Healthiest and Most Efficient Ways to Treat a Low