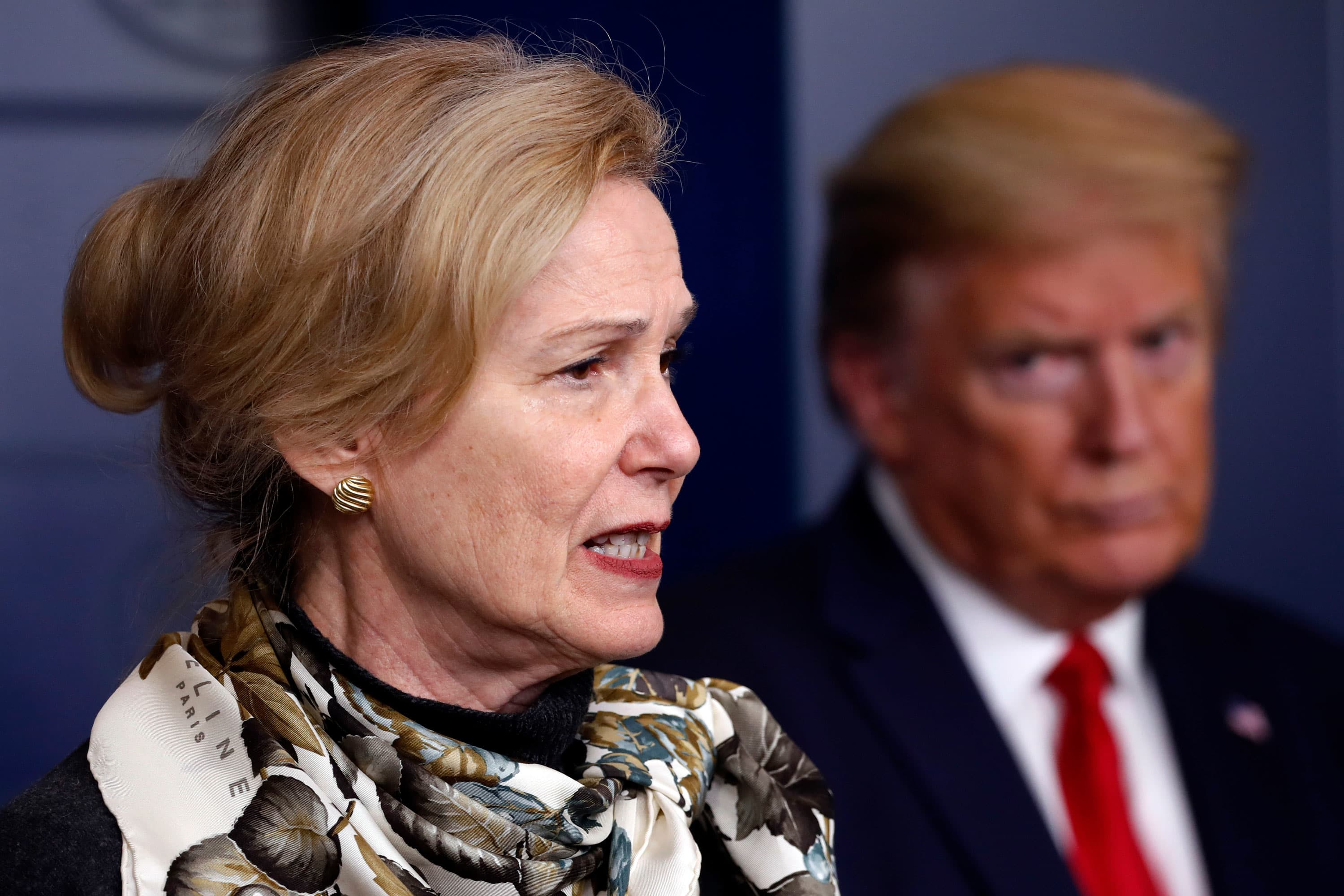 Dr. Deborah Birx, the Trump White House coronavirus response coordinator, said in a CBS interview released on Sunday that Former President Donald Trump had been reviewing “parallel” data sets on the coronavirus pandemic from someone inside the administration.

“I saw the president presenting graphs that I never made,” Birx told Margaret Brennan on CBS News’ “Face The Nation.” “Someone inside was creating a parallel set of data and graphics that were shown to the president.”

Birx, who announced her retirement as President Joe Biden took office last week, said she doesn’t know the identity of the person who gave the president different information. She added that there were Covid-19 deniers within the Trump administration.

“There were people who definitely believed that this was a hoax,” she said. “I think the information was confusing at the beginning. I think because we didn’t talk about the spectrum of the disease, everyone interpreted what they knew.”

More than 25 million people have been infected and at least 417,000 people have died in the U.S. since the pandemic began, according to data compiled by Johns Hopkins University.

Birx said she had always considered resigning from the White House coronavirus task force and was censored by the Trump administration, but denied ever withholding information on the virus.

“When you have a pandemic where you’re relying on every American to change their behavior, communication is absolutely key,” she said. “Every time a statement was made by a political leader that wasn’t consistent with public health needs, that derailed our response. It is also why I went out on the road, because I wasn’t censored on the road.”

Birx also said she grew increasingly concerned over the Trump administration’s pandemic strategy, especially right before the presidential election. Earlier in the pandemic, Birx had endorsed the administration’s response but later frustrated Trump when she emphasized the severity of the pandemic.

“Colleagues of mine that I’d known for decades — decades — in that one experience, because I was in the White House, decided that I had become this political person, even though they had known me forever,” Birx said. “I had to ask myself every morning, ‘Is there something that I think I can do that would be helpful in responding to this pandemic?’ And it’s something I asked myself every night.”

Anthem to study whether Apple Watch could help people with asthma