The Medi Info
Home Cancer We’re asking scientists to tackle 9 of the toughest challenges in cancer... 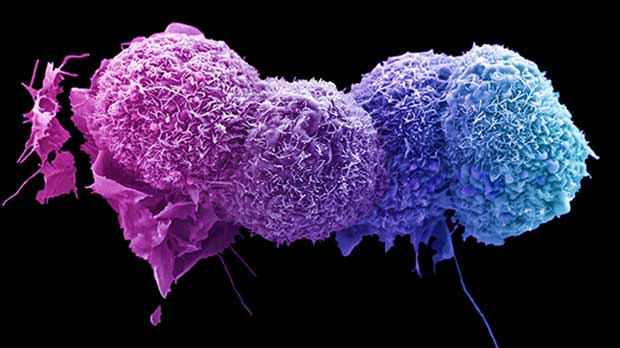 It started with a challenge.

Or 7 to be exact, 7 challenges we issued to the global research community, challenges that scientists, doctors and people affected by cancer all agreed would help us make the radical process we need to beat cancer. Challenges that launched our most ambitious research initiative ever.

Since we issued this first set of challenges back in 2015, we’ve funded 7 international teams to tackle wide-ranging issues from preventing unnecessary breast cancer treatment to understanding if the bacteria in our gut could help treat cancer.

But we’re not done yet. While our teams have been sinking their teeth into the challenges, we’ve been on a global hunt for the next set of problems, working with researchers and people affected by cancer.

And we’ve been more ambitious than ever.

We’ve partnered with the National Cancer Institute (NCI) – the US federal government’s principal agency for cancer research and training – to build on the success of our Grand Challenge initiative and stimulate even more innovative research collaborations. The new partnership brings the Cancer Grand Challenges investment up to £426 million to date.

Here’s the latest line up of Cancer Grand Challenges that we want the world’s brightest minds to tackle.

How do some cells stay normal despite having cancer-causing mistakes in their DNA?

Cancer develops when mistakes in our DNA – called mutations – cause cells to grow and divide uncontrollably. But the presence of these errors doesn’t guarantee cancer will occur. Surprisingly, some cells continue to behave normally even when they have lots of ‘cancer-causing’ mutations.

Why some cells can resist becoming cancerous but other can’t remains a mystery. Researchers suspect that factors like ageing, the immune system and a cell’s environment could play a part.

If scientists could understand more about what makes our cells ‘normal’ and exactly what tips them into becoming cancerous, they may be able to develop new tools to help catch cancer early and design new drugs to target this transition and stop cancer before it starts.

Can we develop new ways to deliver drugs into any and every cell?

New technology has allowed scientists to engineer smarter cancer drugs that can precisely target and kill tumour cells in the lab. But just doing this in the lab isn’t good enough.

Getting drugs inside the ‘right’ cells is a major hurdle when it comes to designing new treatments. This task is particularly challenging for larger and more complex drugs – known as macromolecules – that are too big to slip into cells without help.

But what if we could find innovative new ways to deliver these drugs to all cells in the body, including hard-to-reach places like the brain, but only kill the cancer cells?

To do this, scientists could exploit innovative delivery methods like nanoparticles – tiny, drug-carrying vessels 1,000 times smaller than a human hair – or mimic the tactics viruses and toxins use to infiltrate cells.

This is potentially one of the biggest hurdles facing researchers, but there’s so much to gain if it works. This research could unlock new ways to treat not only cancer, but many other diseases.

Can we take away cancer cells’ power to divide?

Under certain stressful conditions – like when their DNA is damaged – cells can stop dividing and enter a state called senescence. It’s a safety mechanism to stop faulty cells from multiplying.

Senescence can help protect us against cancer by forcing would-be cancer cells to stop dividing before it’s too late. And research suggests cancer cells can become senescent too, halting their growth.

The big question we want scientists to answer is can we trigger cancer cells to become senescent? And can we find ways to target and eradicate these cells from the body?

What are the potential benefits and risks of e-cigarette use around the world?

E-cigarettes have become increasingly popular over the last decade, with an estimated 3 million people in Great Britain using them in 2019. The majority of these people used to smoke.

While e-cigarettes can help some people to stop smoking and the evidence so far suggests they’re far less harmful than tobacco, it’s still not clear what effects vaping has in the long term. And there are also questions about how the increased use of e-cigarettes might be affecting society as a whole – particularly young people.

We need to shed light on these unknowns and in particular provide an answer to the crucial question: how safe are e-cigarettes and are there long-term health consequences?

How does inflammation cause cancer?

Inflammation is one of the body’s most powerful weapons. It’s our immune system’s first line of defence against infection and injury, involving a cascade of chemicals and immune cells that take down potential threats and help to heal our wounds.

But as well as preventing infections and repairing injuries, inflammation can cause collateral damage and sometimes lead to cancer. It’s estimated that up to 1 in 4 around the world are linked to chronic inflammation.

We’ve already got a team of scientists unravelling the mystery of inflammation and cancer, but we think there’s even more to learn. Because if researchers could untangle the complex web of interactions involved in inflammation and pinpoint which processes cause cancer, they could reveal new ways to prevent cancer from ever starting, potentially saving thousands of lives.

Can we find new ways to treat solid tumours in children?

Despite great progress in understanding the biology of some children’s cancers, the way we treat these diseases – especially solid tumours – has barely changed in over 30 years. And current treatments can have severe, life-long side effects.

We desperately need new, more specific treatments that are gentler and more effective for children living with these diseases.

We’re beginning to understand that solid tumours in children are very different from those in adults. If we could understand more about these differences and find ways of targeting them, we could create new drugs or reuse existing ones to better treat children’s cancer.

How does DNA outside of our chromosomes helps cancer to survive and evolve?

Our DNA is mainly coiled into structures called chromosomes, which keep its long strands neatly organised. But cells can also contain small rings of DNA that exist separately from these chromosomes, called extrachromosomal DNA.

These DNA loops are most commonly found in microbes like bacteria, but new research has revealed that cancer cells contain vast amounts of extrachromosomal DNA, often containing copies of genes that help the cancer grow and survive. These rogue pieces of DNA can also change and multiply rapidly and are believed to help cancer to adapt, evolve and become resistant to treatment.

But the exact role of extrachromosomal DNA in cancer is unclear.

If we can understand how these extrachromosomal loops arise and change in cancer, we could create new therapies to target them.

Why do some cancers come back many years after treatment?

Sometimes, patients who seem to have been successfully treated for cancer can have the disease come back years or even decades later, often without any warning.

It’s thought that cancer cells that weren’t killed by initial treatment can go to sleep, lying dormant until they’re coaxed out of their slumber and begin to dive again, a phenomenon we’ve written about before.

But what causes some cancer cells to go sleep, or where they hide when they’re asleep, is still a bit of a mystery. Scientists also don’t know for sure what wakes these cells up years later.

It’s a challenge that’s cropped up before. And we need answers.

Understanding more about slumbering cancer cells could help scientists find these cells and eliminate them. Or, if we could predict when they’re about to rise from their slumber, we could keep them sleeping permanently.

Can we treat extreme weight loss and weakness in people with late-stage cancer?

In the late stages of cancer, some people experience extreme weight loss and muscle wasting – a condition called cachexia. It can also lead to weakness and fatigue, with every-day activities becoming challenging.

We don’t exactly know what happens in cachexia. But what’s clear is that it’s very different to general weight loss and can’t be completely reversed by eating more or taking nutritional supplements.

Worringly, cancer treatments are often less effective in people who have cachexia and other signs of deteriorating well-being.

If scientists can unpick the complicated pathways involved, they could develop new treatments to improve the quality of life and survival of people with late-stage cancer.

With these 9 challenges, we’re pushing researchers to the edge of impossible. We can’t wait to see who will rise to the challenge.

More on this topic

Is there a future without Pap testing?

Would You Restrict Carbs to Ease Diabetes Management? (ADA 2020)