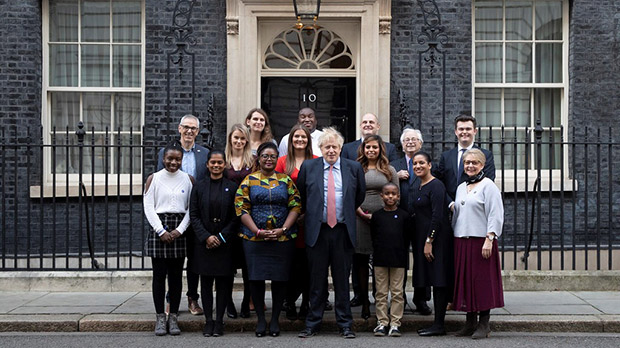 In February I had the great pleasure of being part of a small group of supporters from Cancer Research UK to visit you in Downing Street to celebrate World Cancer Day.

I left feeling extremely positive and elated after hearing you commit to the Government’s support to improving cancer outcomes in the UK and, in particular, to improving the early diagnosis of cancer. Clearly, since February we have seen some unimaginable changes and challenges due to the COVID-19 pandemic but this has shown us the huge importance of investing in research, public health and our NHS.

My passion for improving early diagnosis stems from my own experience of my wife, Pam, being misdiagnosed three times before she was eventually admitted to hospital through A&E. Pam was diagnosed with stage 4 incurable bowel cancer. She died 12 months later, aged just 52.

Pam taught English in a Secondary school and had a great love of literature. There was nothing she enjoyed more than spending time as a family with our two children. She had a great sense of fairness and justice along with a wicked sense of humour and great love of life, which tragically was taken from her too soon.

Pam’s death motivated me to volunteer for Cancer Research UK and campaign for better outcomes to stop others from having to go through the same devastating experience.

I’ve found it heartening to see the progress we’ve made it recent years. Back when I was a teenager in the 1970’s, only a quarter of people diagnosed with cancer survived 10 years or longer. Now, it’s just over half – but it could be so much better. Every day, around 450 people die from cancer. On 16 March 2007, one of those people was Pam. These numbers are not inevitable.

The Comprehensive Spending Review is an opportunity for a cancer reset to truly build back better and fulfil the Government’s existing commitments. We’re not asking for anything new, but simply for your Government to follow through on its own manifesto commitments, including to “increase cancer survival rates” and “boost early cancer diagnosis”. The NHS Long Term Plan makes a commitment to detect 75% of cancers at an early stage by 2028, now only 8 years away.

When I heard of these commitments, I thought of Pam. If she had been diagnosed at an early stage, she would have had 90% chance of survival, but as she was diagnosed very late, she had less than a 10% chance. Although we don’t see such numbers on our daily news bulletins many cancer patients are dying every day who could be saved. As of yet, no concrete steps have been made towards these ambitions.

I know now that millions of people are in a screening and testing backlog, which means thousands are missing out on vital early diagnosis and sadly, dying unnecessarily. From my own experience, I know the terrible strain as you wait between tests and diagnosis. The uncertainty, the fear, the dread and that ultimate feeling of losing control and helplessness.

Many more statistics could be quoted but what should motivate us even more is the fact that behind every statistic there is a real person, a real family going through devastating and life changing experiences. Pam had plans to go travelling with me in her retirement, but these were never realised. She never got to see her son graduate; she never attended the weddings of her son or daughter and more recently she never experienced the joys of seeing her 3 grandchildren.

Put simply, this is about saving lives. It’s about more couples spending longer together, about families sharing those special occasions together, about grandchildren being spoiled by grandparents. It’s about people and about trying to ensure that more people survive and live well with cancer.

I’m regularly inspired by the many nurses, doctors, clinicians, scientists and researchers with their passionate commitment to improve cancer outcomes. Along with our political leaders that is such a powerful force, making a difference and transforming lives. I believe with the NHS and our incredible research, the UK could and should be the best in the world when it comes to cancer survival.

Hopefully one day we’ll be able to meet again to mark World Cancer Day as a disease of the past, and you, as Prime Minister who took steps toward this future. I’m sure that is a world we all want our children and grandchildren to grow up in.

We’ll be looking to you to fulfil the commitments made in your manifesto – to provide the NHS cancer staff and life-saving medical research with the funding it needs in the upcoming Spending Review so that more lives can be saved.

Together, we can beat cancer. Mr Johnson, please don’t delay action again, we are counting on you.

PS: You may remember that I wasn’t the only one there that day in February. There was a group of us – cancer survivors, researchers, campaigners, coming together that day to speak of the change we needed to see. Here are some stories from others who you met with, but you know there are millions of others too.

Lesley Daisley: “I don’t want anyone else to have to go through what Paul experienced”

My husband Paul Daisley, the late MP, died at the age of 45, after his bowel cancer was missed at the early stages. This resulted in 2 years of multiple operations, months in various ICU’s, stomas, pain, dashed hopes and a terminal diagnosis 6 months before his death. Now due to the bowel cancer screening programme, introduced over the last 20 years, so many more people are still here, with their loved ones. It is just so important that these programmes are continued and expanded to cover a wider cohort of people.

I do not want anyone else to have to go through what Paul experienced. He had so much to live for and was just starting out on his new adventure as a MP.

Over the 17 years since his death, the information available on and the awareness of cancer has increased so much. People are now much more willing to talk about it.  It is no longer a taboo subject.  We need this openness to be supported by the early diagnosis programmes across the full range of cancers. We all need to fight for improved survival rates and quality of life for cancer patients.

Nicola Boyd: “Cancer isn’t waiting for us to get back on track, we need to act now” 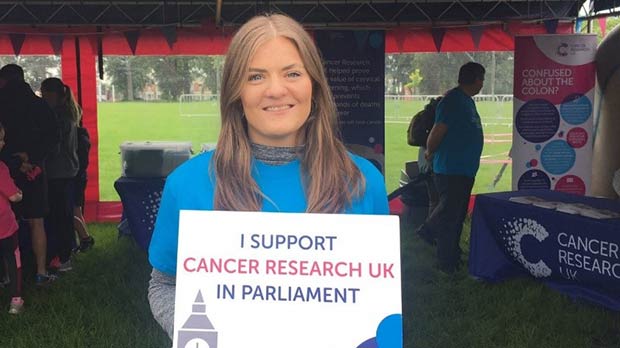 Delaying a cancer diagnosis can be the difference between survival and saying goodbye to your loved ones. Knowing that my friend could have had a different prognosis as they waited for their palliative care, lying in a hospital corridor was a heart-breaking crisis that could have been easily avoided. An early diagnosis supported by a strong NHS workforce could have given us a very different outcome.

Catching cancer early brings hope to people facing a daunting diagnosis and can provide the chance of the best possible treatment and outcomes. Those working in the NHS helping people through their journey with cancer are incredible, but it’s time to stop taking advantage of their altruism and ensure the workforce is fully staffed and equipped to beat cancer. Cancer isn’t waiting for us to get back on track, we need to act now.

Karen Harrison: “I know how important it is to have enough staff to help families facing cancer” 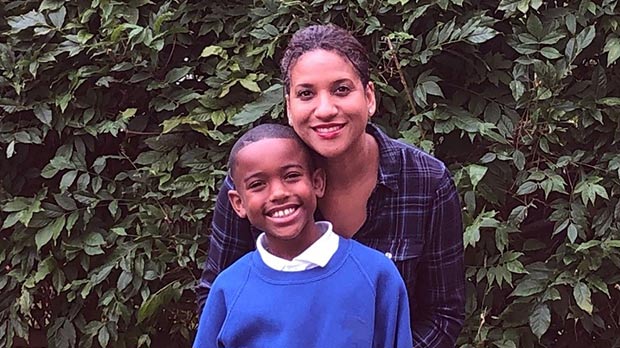 Karen and her son Josh.

As a mum of a child with cancer, I know how important it is to have enough staff there to help families facing cancer. Josh had years of treatment after he was diagnosed with Wilms tumour just before his second birthday. His treatment lasted for a year and a half. He needed chemotherapy, followed by 2 operations to remove one of his kidneys and part of his lung, then radiotherapy and more chemotherapy.

Josh is 10 now, and we know how lucky we are that he is doing well thanks to cancer research and the NHS staff who treated him. We want to help other families going through treatment – and making sure they have enough staff to treat them is vital.”

Tony Selman: “My wife died of oesophageal cancer, had the diagnosis been earlier she might be alive today” 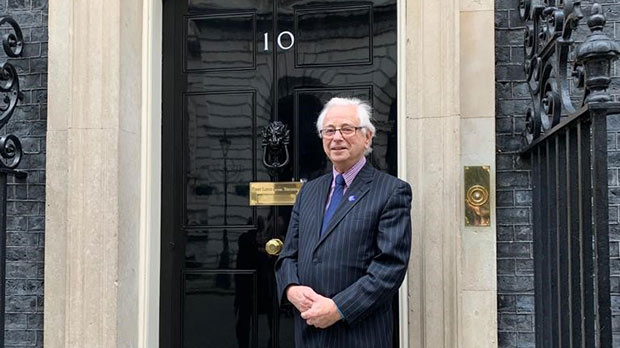 In my lifetime I have seen many relatives, friends and acquaintances die of cancer, including my wife Marian and my sister. I have myself been diagnosed and successfully treated for cancer. I know the utter fear and misery that a diagnosis of cancer brings, and as a scientist I know that cancer is beatable if adequate resources are used, and it is for these reasons that I campaign relentlessly on cancer.

My wife died of oesophageal cancer, had the diagnosis been made earlier she might be alive today. Late diagnosis is responsible for the loss of many lives to cancer and only research and adequate NHS staff funding will stop the disease in its tracks.

Effie Grant: “Christmas was cancelled when my sister was diagnosed with cancer” 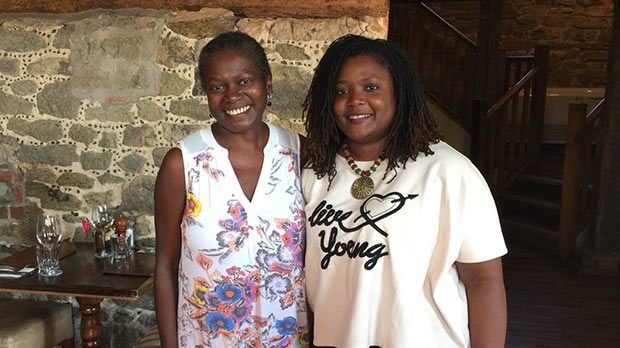 Effie (right) and her sister.

December 2016, Christmas was cancelled when my sister Jacqui was diagnosed with stage 3 colorectal cancer. The shock and devastation – raw. She went on to have several surgeries and battle infections. She was also highly spirited though, when she lost her hair and we joked on what colour to dye what was left. In the end she tried a combination of radiotherapy, immunotherapy and a targeted drug, theoretically set to work. The reality was it was too late to work and sadly she passed 17 April 2018 leaving us, a husband and 2 young teenagers.

My last conversation with her, she was on a ventilator. Watching every struggle to breath was excruciating. Had she been diagnosed earlier, I strongly believe she’d be here today. It’s imperative to fund needed research and train staff for early diagnoses to afford people the best chances at survival. I earnestly plead with you to do the needful in this regard.

More on this topic

Is there a future without Pap testing?