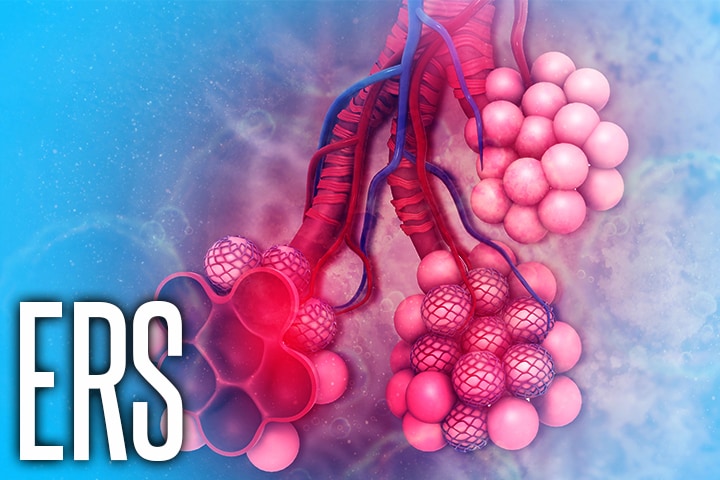 On Wednesday, based on findings from the trial, the FDA approved the chronic obstructive pulmonary disease treatment at two different doses for adults 18 and over with uncontrolled asthma, GlaxoSmithKline announced.

The randomized study of close to 2,500 patients met its primary endpoint, with different doses of the triple therapy demonstrating improvement in clinic trough FEV1 at week 24 compared to once-daily fluticasone furoate (FF)/vilanterol (VI).

While reductions in annualized moderate and severe exacerbation rates were seen, the key secondary endpoint, these findings were not statistically significant, Laurie Lee, MD, of GlaxoSmithKline in Durham County, North Carolina, reported at the virtual meeting of the European Respiratory Society (ERS). Results of the trial were simultaneously published in The Lancet Respiratory Medicine.

At ERS, Johann Christian Virchow, MD, of the University of Rostock in Germany, discussed the emergence of triple therapy and its role in asthma treatment.

“Triple inhalation therapy from a single inhaler is here, and it is here to stay,” said Virchow, who was not involved in the trial but has consulted for GlaxoSmithKline previously. “I am sure we will be using it extensively in patients with the most severe asthma.”

He noted that other fixed-dose triple combination therapies combining ICS/LABA with a long-acting muscarinic antagonist (LAMA), including glycopyrronium or aclidinium, are likely to soon be approved as add-on treatments.

Patients most likely to benefit, Virchow said, include those with persistent airflow limitations despite treatment with medium- to high-dose ICS/LABA. He added that triple therapies should be considered for use in patients with Global Initiative for Asthma step 4 and 5 disease prior to initiating biologic treatments.

“The single inhaler treatment will be a new option to [simplify] and optimize treatment,” said Virchow.

The double-blind, phase IIIA CAPTAIN study included 2,439 adults patient recruited from more than 400 hospitals in 15 countries who had documented uncontrolled asthma despite treatment with ICS/LABA.

Study participants were randomized to one of six different once-daily treatment arms, with two control arms:

The primary study endpoint was change from baseline in clinic trough FEV1 at week 24.

For the SGRQ total score, all treatment groups demonstrated clinically meaningful improvements from baseline (difference of 4 points), though no differences were observed between the groups.

Improvements in ACQ-7 scores were also seen across treatment groups, all of which exceeded the minimal clinically important difference of 0.5 points from baseline.

Adverse events were similar across treatment groups, with the most commonly reported events being nasopharyngitis (range 13-15%), headache (5-9%), and upper respiratory tract infection (3-6%). Incidence of serious adverse events was similar across all groups (4-6%). Three deaths occurred, including one considered to be related to the study drug (pulmonary embolism in a patient in the FF/UMEC/VI 100/31.25/25 μg group).

The CAPTAIN trial was funded by GlaxoSmithKline.

Lee is an employee of GlaxoSmithKline. Other researchers involved with the study were also employees with the company or reported receiving research, consulting, or other fees from the company.

Virchow has had financial relationships with GlaxoSmithKline and a large number of other commercial entities.

Dogs in the Home May Keep Kids’ IgE in Check

Six Tips: How to Cut Sugar and Processed Foods from Your Diet

Are You Missing The Allergic Connection? Look Below The Surface

Definitions and Descriptions of Childhood Apraxia of Speech (CAS)