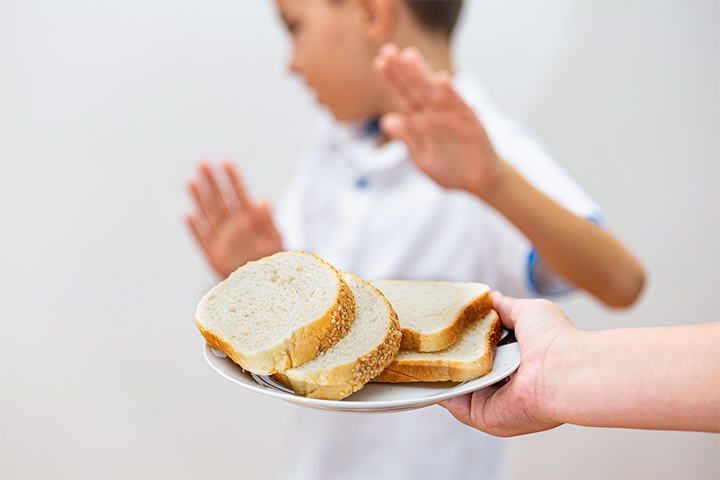 Exposure to synthetic endocrine-disrupting chemicals found in pesticides, nonstick cookware, and fire retardants was linked to increased risk for celiac disease in children and young adults in a small observational study.

Overall, young people with higher serum concentrations of dichlorodiphenyldichloroethylene (DDE) had twice the risk for developing celiac disease (OR 2.01, 95% CI 1.07-3.78) after controlling for age, race, sex, and genetic susceptibility, reported Jeremiah Levine, MD, of the NYU School of Medicine in New York City, and colleagues.

Celiac disease is a chronic immune-mediated condition characterized by enteropathy and nutrient malabsorption in the presence of the protein peptide gliadin, a component of gluten, the researchers noted. Recent estimates report the prevalence of celiac disease at approximately 1% of the population worldwide and 0.71% of the U.S. population, the team added.

“Our study establishes the first measureable tie-in between environmental exposure to toxic chemicals and celiac disease,” Levine said in a statement. “These results also raise the question of whether there are potential links between these chemicals and other autoimmune bowel diseases, which all warrant close monitoring and further study.”

“Possibly this study’s greatest strength is the incorporation of genetic susceptibility score as an indicator of celiac disease,” the researchers wrote. “The inclusion of this marker allowed us to isolate the effect of POPs [persistent organic pollutants] from the effect of genetic predisposition … The study was also conducted at a single site, which reduces the likelihood of incorrect or differential diagnosis among participants.”

The prospective study included 30 children and young adults, ages 3-21, who were newly diagnosed with celiac disease. Of these, 19 were female. Diagnosis was based on standard accepted criteria using a combination of abnormal celiac serology and endoscopic biopsy findings. The study also included 60 age-matched controls. For all participants, blood was obtained for serological evaluation of celiac disease, genetic testing, and measurement of POP concentrations.

Levine and co-authors explained that in the small intestine, gliadin has increased binding affinity for antigen-presenting cells expressing the human leukocyte antigen (HLA)-DQ2 or -DQ8 receptors, which are subsequently recognized and bound by CD4+ T cells. For this reason, individual susceptibility to celiac disease depends primarily on having the HLA-DQ2 and/or HLA-DQ8 genotype.

One of the key characteristics of celiac disease is a “leaky gut,” which allows gliadin to pass across the intestinal epithelium and into the lamina propria where an immune response is initiated by HLA-DQ2/8, the team continued. “The POPs analyzed in the present study may act by altering tight junctions in the gut, allowing for gliadin to more easily cross the small intestine epithelium. Alternatively, POPs may act in an endocrine-disrupting manner by enhancing the immune response after gliadin has crossed the intestinal barrier.”

Parents can be advised that there are safe and simple steps for reducing children’s exposure to the chemicals in the study, co-author Leonardo Trasande, MD, also of NYU School of Medicine, told MedPage Today. “Opening windows and recirculating air and using a wet mop can help reduce persistent organic pollutants that accumulate in household dusts. Using cast iron or stainless steel pans can reduce exposure to PFAS we studied.”

Limitations of the study, the researchers said, included its small sample size, which may have contributed to the large confidence intervals that were measured, as well as lack of racial diversity, since the study participants were primarily white. “Although research shows that celiac disease tends to occur most frequently in the non-Hispanic white population, we suggest that further studies on celiac disease and POP exposure recruit subjects with greater racial diversity,” Levine and co-authors wrote.

The study was supported by the KiDS of NYU Foundation.

Levine, Trasande, and co-authors reported having no potential conflicts relevant to the manuscript.

Round Up: National Nutrition Month

Causes and treatment of a split lip