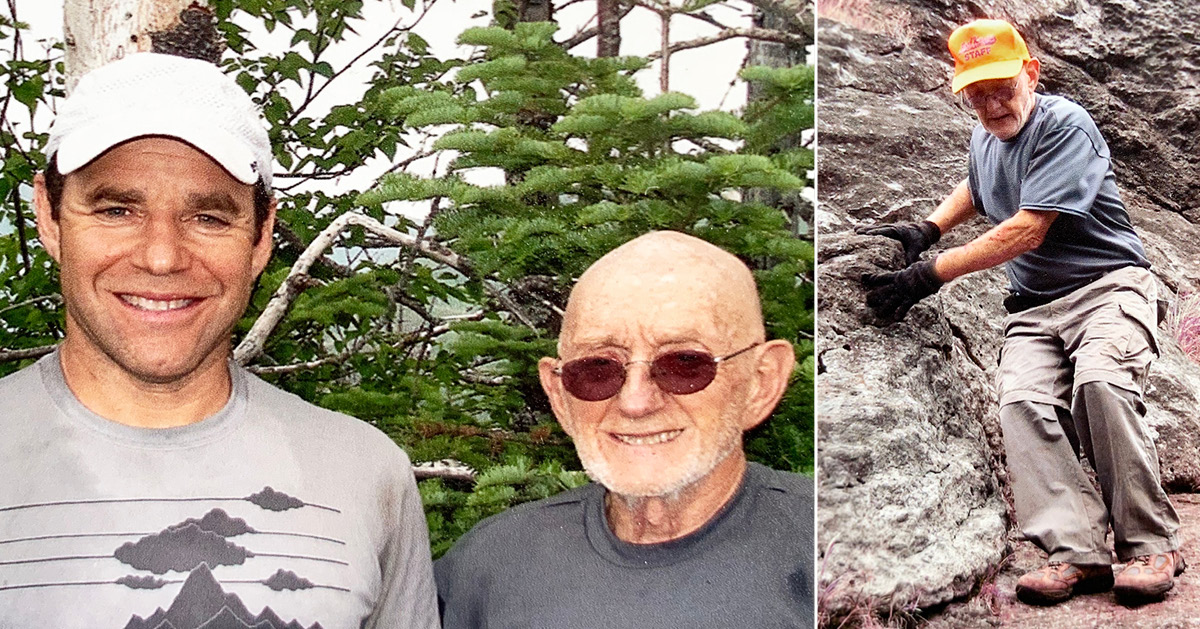 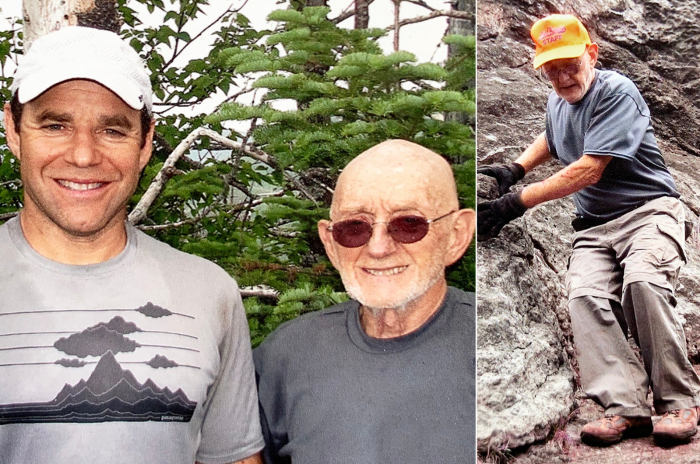 Nearly every morning, Lauren Freifeld, Executive Director of Atria Woodlands, a senior living community located in Westchester County, New York, watches one of her residents walk by her window. “He’s a doer,” she laughed. The resident she’s talking about is Jerry Levine, who turns 91 this year and still walks miles every day.

That level of activity should come as no surprise for a man who, in August 2012, became the oldest “46er” on record. A 46er is a mountain climber who has scaled all 46 of the High Peaks of the Adirondacks. Here’s how he did it.

Jerry was born in the Bronx, but he and his wife raised two sons in Peekskill, a town in Westchester County about an hour north of New York City. One of their sons, Peter, went to a summer camp in Upstate New York when he was a teenager. There, he discovered his love for rock climbing and hiking, and he encouraged his dad to go with him on climbing trips.

Soon Peter and Jerry were taking on the Adirondacks together, or Jerry hiked with Peter and his friends. “He made a lot of friends at the camp and they used to come along,” Jerry said. “To this day, I know a lot of those people, and it’s still very nice to see them.” When Peter was in high school and college, he and Jerry would hike one or two mountains a year, with long interludes in between. After Peter accepted a job in California, they had less opportunity to hike together. In 2000, Jerry had a heart attack and stopped climbing.

Seven years later, Jerry’s cardiologist told him he could climb again if he monitored his heart rate. So Jerry called Peter. He wanted to climb all 46 peaks.

“Something I never, ever thought I could do”

Jerry was in his 70s when he decided to be a 46er. So far, he had climbed 23 mountains, but it had taken him decades to do it, and he wanted to check off the remaining 23 – which, according to Peter, were also the hardest 23 – in just a few years. “It was something I never, ever thought I could do,” Jerry said.

Nonetheless, they made it work. Between 2009 and 2012, from May through October, Peter would fly in from California to meet Jerry and hike together. Jerry had become close to Peter’s camp friends after decades of hiking with them, and on the day Jerry scaled Whiteface Mountain – the last of the 46 peaks – around 50 people celebrated with them on the summit. Jerry said, “They waited until I reached the peak, and I couldn’t believe who was there. I said, ‘Wow! You’re here! You’re here!’”

Today, Peter lives in California, but he still flies to New York to visit his parents, who have lived at Atria Woodlands since January 2020. They moved to Atria because Jerry’s wife needed more assistance than Jerry could provide. The support Atria gives his wife has allowed Jerry to have peace of mind – and that helps him stay active. He doesn’t climb mountains anymore, but he and Peter cherish the times they scaled new heights together.

“Hiking was just something we both really loved to do,” Peter recalled. “Yes, becoming a 46er at his age was a monumental feat, but spending that much time together has enduring value both for the parent and for the child. Everyone should do something like that with their parents.”

The Keto Diet Isn’t for Everyone: A Type 1 Diabetes Perspective

Hypoglycemia Preparedness: How to Know Before You Go Low

Why lockdown is affecting your sleep with 5 tips to help